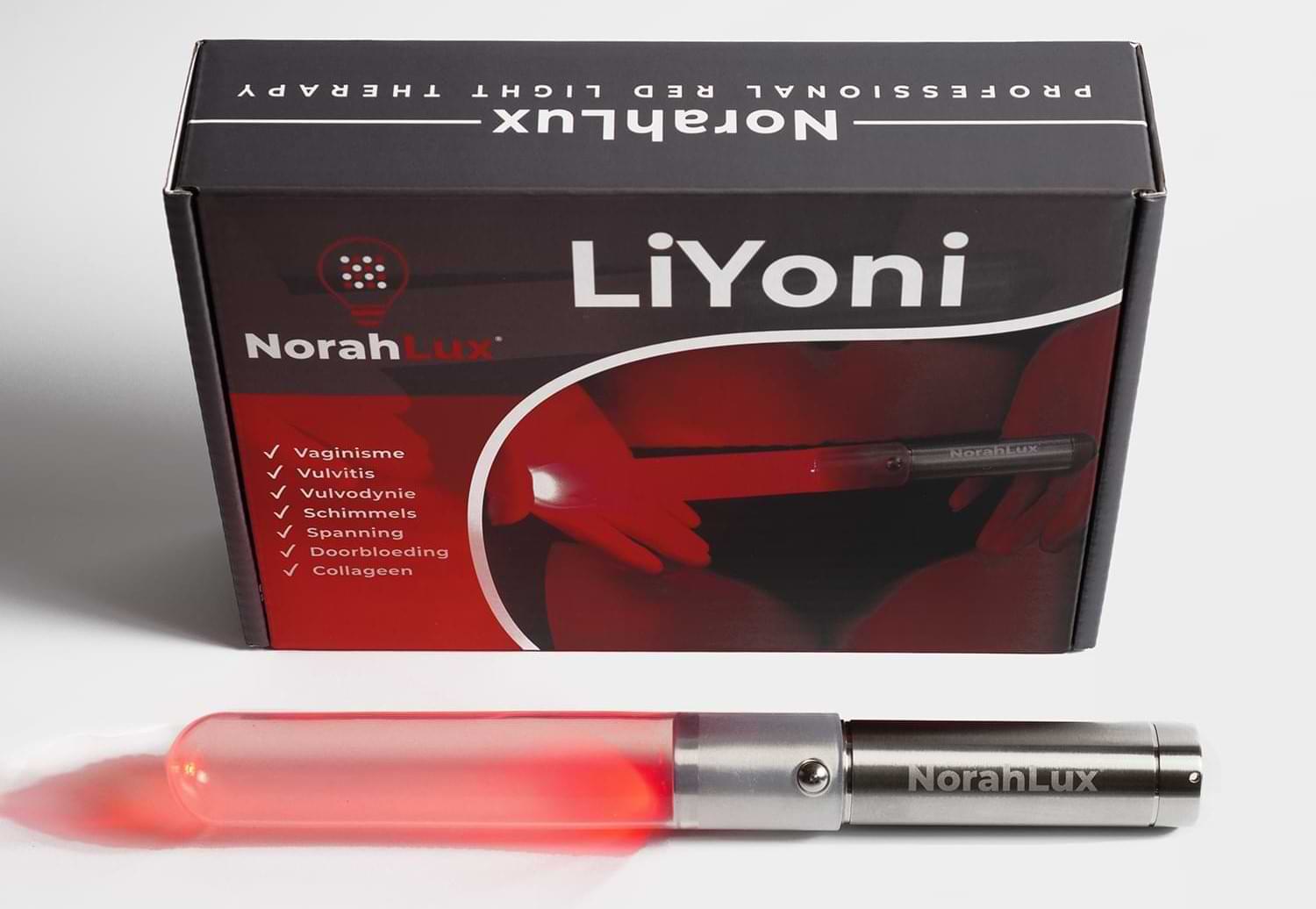 A lot is now known and a lot of experience in the effect of red light therapy in almost areas of the human body such as the skin en muscles but even the male private parts for a better hormone level. (we are not allowed to use the test…ron word from Google despite we use medical devices :) )

Now women can finally discover the effect of red light therapy in the female intimate zone area. Because there is still a lot of taboo and because it is a difficult and intimate zone, little extensive scientific research has been done on the many problems that can occur in the intimate zone, but fortunately we have been able to find a dozen studies that are relevant to the to be able to scientifically demonstrate the effect of red light therapy especially there. Some of these studies are highlighted below, along with what our testers had to say in the early stages of developing the new LiYoni. In addition, we have an article about fungi: Light therapy for fungi

Many women still run into the problem that regular medicine cannot provide a cause and solution for the specific problem. The female genital tract is a complex system with unique properties that are both internal and external. So complex that everything has to be in balance for it to work properly. A hormone coach is therefore often a wise choice in the long term. They not only look at which direct relief is possible, but mainly how to get your body and mind back into the perfect balance.

The LiYoni as a tool

We were asked if there was no lamp that could help with intimate zone problems. Now a lamp like the Lumnia can help reduce external problems, but there was nothing on the market for internal problems. For this we have started the search for the best options and have developed a special attachment made of medical silicone that fits on the super small yet super powerful lamp. This lamp contains 3 LEDs with therapeutically proven frequencies, 660 nanometers and 850 nanometers as all our other models have available with an additional 630 nanometers. The database with all studies here..
Prefer this video spoken in German? Check out our Youtube channel for this video with the German title.

“My pelvic cramps are less, if I wake up in the morning with the pain and use the LiYoni, the pain is gone after 20 minutes and I can sleep for another hour!” -Sabine, LiYoni tester

In a 2017 study, 18 women with provoked vulvodynia (PVD) were treated with LLLT (1 of the technical abbreviations for light therapy). 14 of the 18 women (78%) had an improvement in the situation, and after 1 year (follow up), 8 women (57%) still benefited. Although many factors such as psychological and interpersonal factors cannot be included in a small study such as these, it is an interesting and promising result. https://pubmed.ncbi.nlm.nih.gov/28970071/

"I used the lamp every other day because otherwise the feeling of blood flow was too strong. I have had the feeling of burning less often (very nice)." Joyce, LiYoni tester

In July 2021, a study was published in which it was shown in mice that Low Level Laser Therapy (LLLT) can protect the uterus against premature failure induced by medication (cyclophosphamide) used in cancer.

“In conclusion, the application of LLLT prior to CTX may serve as a promising and novel protocol to preserve female fertility in cancer survivors.” https://pubmed.ncbi.nlm.nih.gov/33989716/

Also, an older 2018 study on the uterus in mice indicates:

“In summary, these data indicate that LLLT may become a novel and useful tool in the treatment of various pathologies, including female reproductive disorders.” https://pubmed.ncbi.nlm.nih.gov/30500339/

Results for PCOS were also tested in 2017 with a fairly simple study and in 2019 with a much more extensive study on rats that showed that Red and Infrared Light Therapy and Photobiomodulation mentioned in the other study makes significant positive changes.

Red Light Therapy, especially the infrared part, has also proven to increase libido, however in this study via light sessions on the head.

In a one-year study from 2011 to 2012, women ages 18 to 35 were examined at two university hospitals for primary dysmenorrhea (pain before or during menstruation). With 44 women per group, it could be concluded that the group with the light therapy treatment (and this was done with a Color DNA-WSF, a very simple device) had significant improvement without adverse effects.

Also, a reduced endometrial susceptibility study using a wavelength of 635nm (nanometers) light to enhance in vitro cultured endometrial cells showed that both a single treatment and 3 treatments equally spaced on days 2, 4 and 6. found it.

“The introduction of LLLT into the armamentarium of infertility will serve as a novel adjuvant therapy in this area. The present study proved that LLLT was able to increase the proliferative and functional capacity of cultured endometrial cells.”

A similar study was done on the cells of cows with the same result.

In Japan, a study was conducted between 1996 and 2000 that started with 74 women with an average age of 39 years who were classified as severely infertile because they had tried unsuccessfully to conceive for an average of 9 years. Because the treatment was not internal like the LiYoni can, it is a difficult comparison but the results of this first study were impressive enough that they continued until 2012 with 701 patients.

In curing HPV and associated vaginitis and cervicitis, a combination with Red Light Therapy in traditional treatment has been proven to provide longer lasting results.

The combination group was additionally treated with red light therapy.

Now that there are new possibilities for the treatment of the female intimate zone I still have a lot of new research to do, but the research that was already possible shows that Red Light Therapy is a good and effective tool for the relief of pain, the improvement and cellular vitality and fertility. If you have a problem in the intimate zone, the LiYoni is a smart choice.