Light therapy using red or infrared light has been studied for infections (both fungal and bacterial) throughout the body. This article looks at studies that have explored the relationship between red light therapy and yeast infections. Related conditions are included, such as vaginal fungus, jock itch, inflammation of the glans penis, nail infections, ringworms, swimmer's eczema and so on. Does red light show potential for these purposes?

It is surprising how many people suffer from chronic infections on a weekly or monthly basis. While some say it's part and parcel of things, inflammation problems are not a normal phenomenon. This makes treatment necessary. 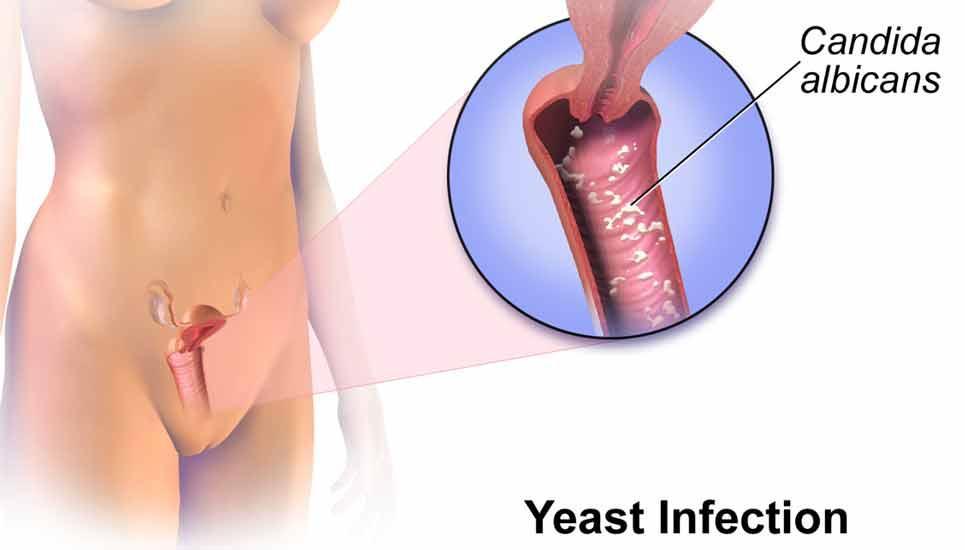 Suffering from infections causes the skin to be in constant inflammation, causing the body to form scar tissue instead of normal, healthy tissue. This disrupts the function of the affected body part forever. This can be a major problem in areas such as the genitals.

Whatever infection you have or anywhere on your body, it is very likely that the influence of red light therapy on this has been studied. Why is red light so interesting when it comes to infections? Below are some ways that light therapy can help:

Redness, soreness and itching are typical symptoms of infections because the immune system tries to defend the body against aggressive microorganisms. The pressure of this interaction on the local tissue contributes to increased inflammation which in turn contributes to fungal growth. Many prescriptions and ointments to treat infections contain anti-inflammatory components, such as hydrocortisone. These help the body cope with the pressure, but some say it just obscures the underlying problem. 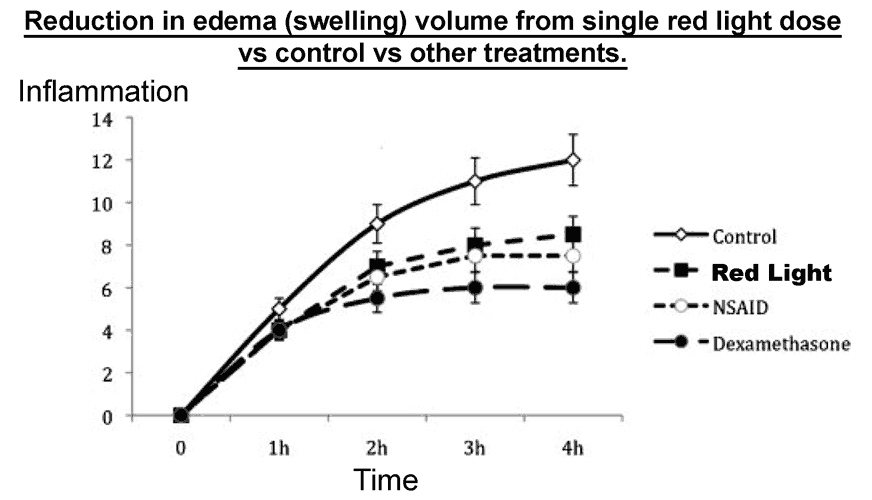 Some research on red light suggests that red light helps the body deal with metabolic causes of inflammation, allowing cells to produce more ATP (energy) and CO2 through the respiration process in the body's cells. The products of this respiration process have almost the same effects as anti-inflammatory components. They inhibit the synthesis of prostaglandins (an important mediator of the inflammatory response) and they stop the release of various inflammatory cytokines. 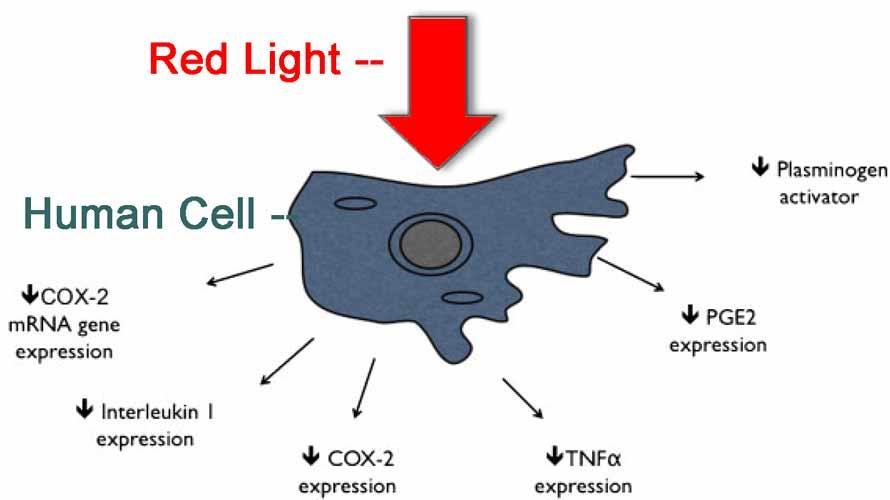 Some people think that inflammation is a necessary part of recovery from infection or injury, but it should be seen as a symptom of the body not functioning properly. Fetuses from most animals show that it is normal for an injury to heal without inflammation of any kind. Even during childhood, inflammation is minimal and disappears quickly. The fact that we age, which causes our cells to function less well, causes inflammation to increase, which can lead to a problem. 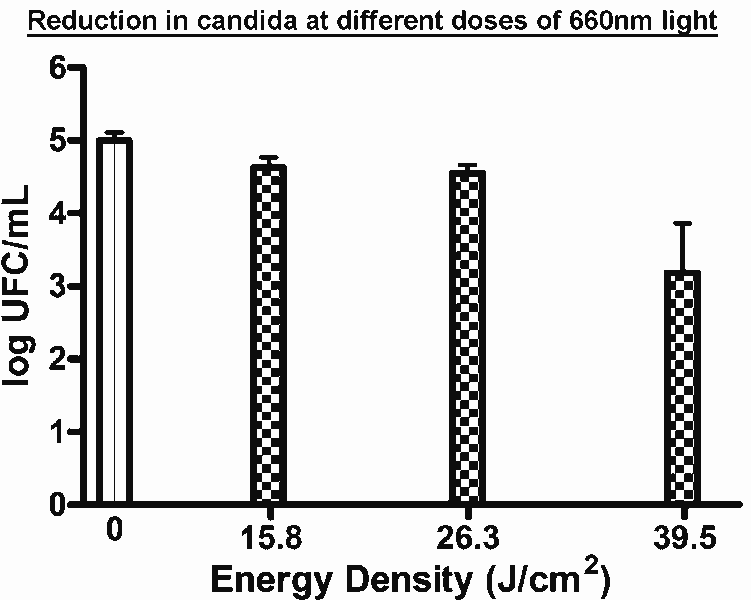 Perhaps the main reason for the interest in red light to treat infections is that, in some organisms, red light can directly destroy the fungi or bacteria. Studies show that there is a dose-dependent effect for this. That's why it's important to get the right amount of exposure. It seems that in studies, higher doses and longer exposures lead to more destruction of the bacteria (Figure 4). Low doses only seem to inhibit the growth of fungi.

Fungal treatments, including red light, are often combined with light-sensitive chemicals. This is also known as photodynamic therapy. When such chemicals, such as methylene blue, are administered, the fungus-killing effects of red light are enhanced. However, red light alone also has an effect in other studies. This may be explained by the endogenous light-sensitive components already present in micro-organisms. The red or infrared light interacts with the chemicals in the fungal cells, causing a destructive reaction that eventually destroys the fungi.

Regardless of the mechanism, red light therapy has been studied for infections with various types of fungi and bacteria. The great thing about using red light to treat infections is that the microorganisms are killed, while human skin produces more energy and CO2, which can reduce inflammation. 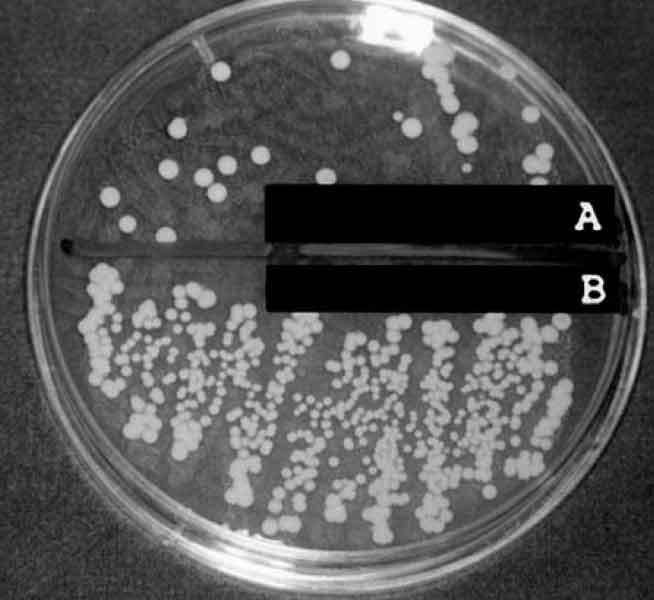 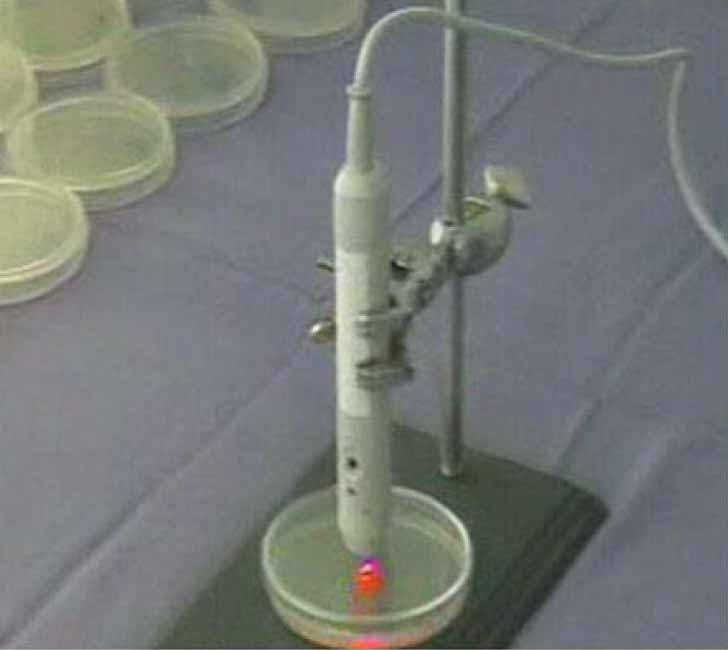 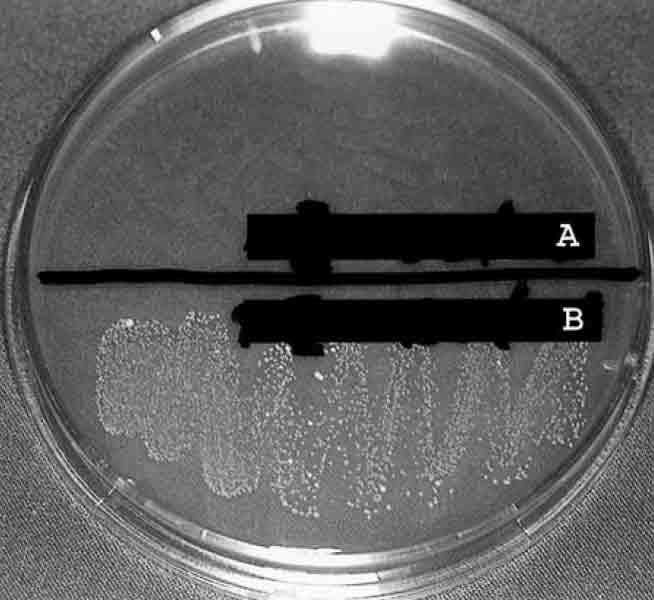 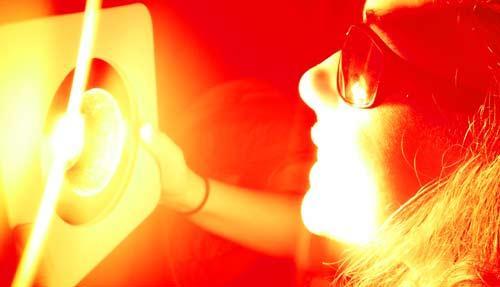 Many people experience recurrent and recurrent infections, necessitating a long-term solution. Both of the aforementioned effects (recovery without inflammation and sterilization of the skin from harmful microorganisms) of red light can lead to healthier skin and better resistance to future infections.

Low amounts of Candida and fungi are normal in our skin flora. They usually do not cause any negative effects. Small inflammations (from various causes) stimulate the growth of these fungi, causing more inflammation to form. So there is a classic vicious circle here. A minute increase in inflammation can quickly escalate into a persistent infection. 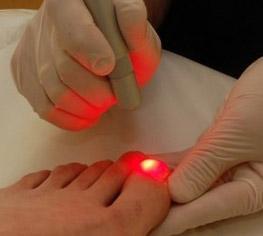 What type of light do you need?

Almost all studies on this subject use red light with a wavelength of 660 – 685 nm. Some studies use wavelengths of 780 nm and 830 nm with nearly identical results per dose applied. With the research results so far, it seems that using red light provides more anti-inflammatory effects. Infrared light probably provides a slightly better fungus-killing effect. The differences, however, are minor and not significant. Both light therapies have a strong anti-inflammatory and anti-fungal effect. Both effects are equally essential to clear up fungal infections. From our experiences we have learned to use the combination of red and infrared light.

Infrared has better penetration properties than red light, so that deeper fungal infections (such as in the vagina or mouth) can be better treated with infrared therapy. Red light seems more interesting for fungal infections on the skin.

How do you use light therapy?

The research results show that a higher dose of light is more effective against destroying fungal infections. Longer exposure and a short distance also lead to better results. Since fungal cells lead directly to inflammation, a higher dose of red light also resolves the inflammation.

Light therapy has been studied for short- and long-term treatments against fungal infections, investigating both red and infrared light. The fungi are killed by a light-sensitive mechanism that is not present in human cells. Several studies have shown that inflammation is reduced. In addition, light therapy can be used preventively. A higher light dose seems necessary to achieve the desired results, ie. a 15 minute session at 10cm has more effect than a 10 minute session at 15cm.